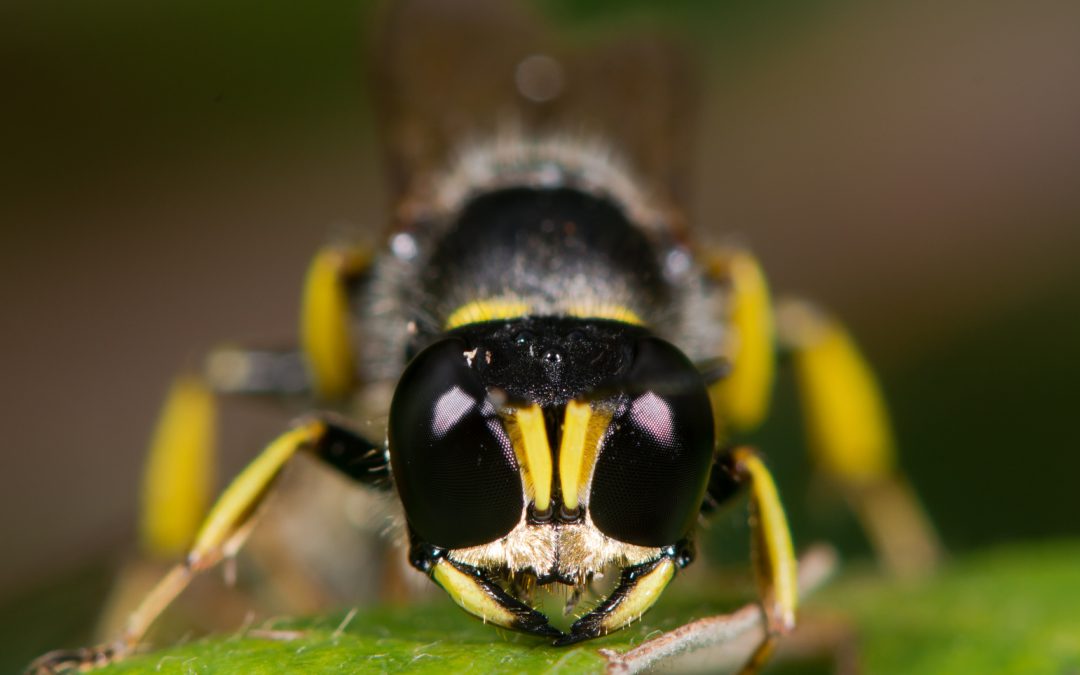 Wasps flying around a yard can strike fear into many homeowners. When the wasps tend to be prevalent in the yard, the homeowner might be worried about going into their yard for fear they’ll be stung by the wasps. It may be sensible to learn more about the type of wasp in the yard to determine how much of a problem it might be and what they can do about it.

Ground digger wasps, also known as cicada killer wasps, are a common type of wasp that might be noticed around homes. These wasps live in the ground in tiny holes and hunt cicadas for food. Homeowners may notice them in the yard if there are many cicadas living nearby. These wasps are generally not aggressive towards humans, but the homeowner might want to learn more about how to get rid of ground digger wasps if they appear in the yard.

Are Those Digger Wasps in the Yard?

Digger wasps, fully grown, tend to be around one and a half inches to two long. They can, however, get to be around three inches long. Since they’re amongst the largest wasps, they tend to look incredibly intimidating to most homeowners. They’re mostly black, with yellow stripes on their abdomen and translucent orange wings. They live throughout North America in areas that cicadas frequent.

The digger wasps prefer open areas and sandy soil that’s easy to dig into. When present in an area, they will dig about six inches into the ground to create their nest. Females tend to dig a few nests at a time, so there could be a few holes close together in an area where they live. They do tend to be solitary wasps, but there could be multiple in an area if there are a lot of cicadas nearby.

Are the Digger Wasps Damaging Your Lawn?

The nests created by the digger wasps tend to have an opening about the size of a quarter and go about six inches into the ground, although they can dig the nests up to about two feet down. There are usually up to six in an area together, but if there are multiple digger wasps nesting close to each other, this could mean more holes in the yard.

The holes in the yard can help to aerate the soil. However, if there are too many digger wasps nesting close together, it could end up damaging the lawn because of all the nesting holes in one area. Homeowners who notice many different holes in the yard that could be attributed to digger wasps will want to learn how to remove them from the area to protect their lawn.

What’s the Life Cycle of the Digger Wasp?

Around the beginning of the summer, young digger wasps will start to emerge from the nests. They’ll only be around for a month or so, but during this time they will come out to hunt cicadas and start to dig their own holes for their nests.

Can Digger Wasps be Dangerous for People?

Digger wasps tend to leave well enough alone when it comes to humans. While they might seem a little bit intimidating when they’re flying around the yard, they don’t instinctively protect their nests, so they aren’t generally aggressive. If humans don’t go near them or try to bother them, they don’t tend to sting.

If they feel as if they’re being attacked, digger wasps will sting to protect themselves. The stings can be very painful because of the large size of the wasps. While it is rare for them to sting compared to other wasps and bees, if they sting someone who is allergic to wasps, they could cause an allergic reaction.

How Can Digger Wasps be Removed and Controlled?

Controlling digger wasps is a matter of killing the females and the eggs so they will not return. They do not tend to move far from their nests, so after a few days, they should be completely removed from the property. One of the most commonly used ingredients to get rid of digger wasps is to use ammonia.

The homeowner should try to find as many of the nests as possible. If their lawn is grassy, the nests can often be found where there are bare patches in the grass. The nests look like a clump of dirt with a small hole in it, often about the size of a quarter. All the nests found should be marked so the homeowner will be able to track them over the next few days.

It is often a good idea for the homeowner to leave the markings in the ground for a few days, so they won’t try to do the same nest more than once. Over the next few days, they can check the nests and see if there are any new ones. If there are new ones, the same process can be done to get rid of them as well.

If you’ve noticed very large wasps flying around your home, they could be digger wasps. While they will disappear after a month or two, they will come back every year. If there are too many in the area and you think they could be damaging your lawn or could be dangerous around small children or pets who like to play in the yard, these tips should help you identify them and get rid of them.