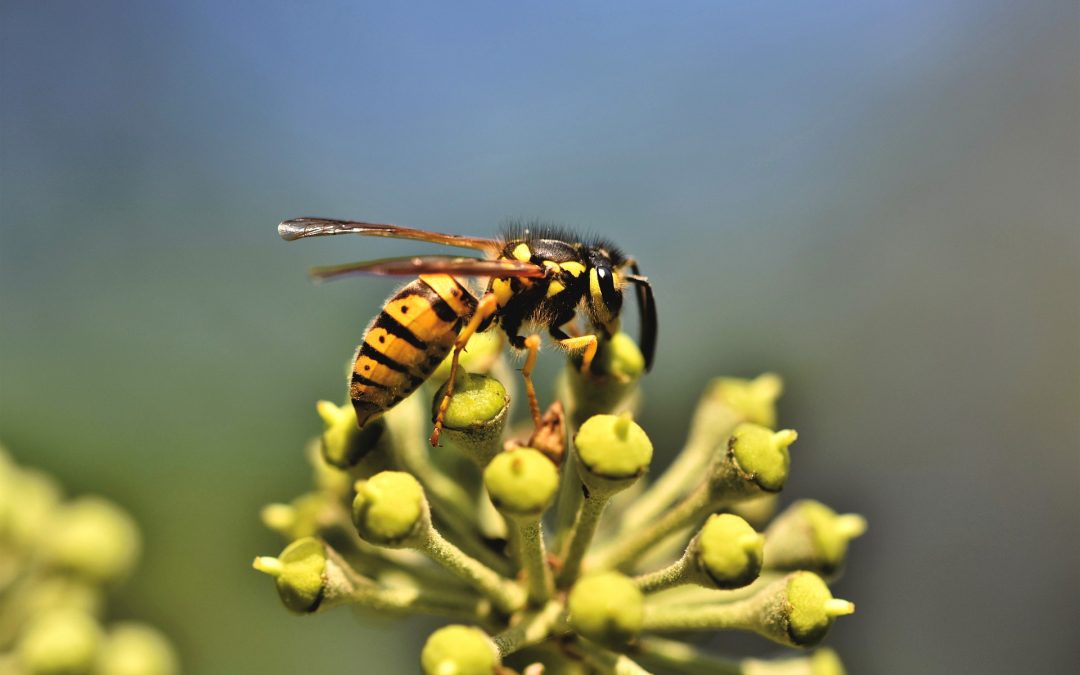 Insects buzz around the yard, and, in most cases, they’re not a threat. Yellow jacket wasps, also known as just yellow jackets, are a threat and do need to be managed. They can be dangerous, especially if someone is allergic to their stings, and the stings are painful. Learn more about the danger of yellow jackets as well as how to handle them in your yard.

Yellow jackets are known for being aggressive. Unlike bees, they do not lose their stinger once they sting prey. Instead, they can sting numerous times, even unprovoked, and can bite as well. These pests will often bite down to get a better grip while they sting, allowing them to easily sting you repeatedly.

They Defend Their Nests

Wherever there’s a nest, there are guards to protect the nest. If someone comes too close to a nest, the guard sounds the alarm, and hundreds of yellow jackets can appear and attack. Since the nests are usually underground, any vibrations can also cause them to appear. During the summer, be careful mowing, as the vibrations from the mower can cause yellow jackets to appear and attack.  You can often find yellow jacket nests in structures such as wall voids, attics or crawl spaces.

They’ll Sting for No Reason

Just staying away from nests isn’t enough to stay safe around yellow jackets. They don’t really care if you’re far away from the nest and not paying attention to them. If they spot you, they might sting. They’ll often sting even if they’re unprovoked, which means if they’re in your yard, you are at risk of being stung.

When Seeing Yellow Jackets is a Risk

Yellow jackets, as mentioned, may come out and attack if they feel vibrations in the ground, such as from a lawnmower. They are also scavengers, so they are common at outdoor activities where there is meat or sweet foods. If you’re having a picnic in the yard or entertaining guests, be aware that yellow jackets could show up if they’re in the area. Keep all food covered and dispose of food properly to try to keep them away. If they are a known risk, talk to a professional before the event to get help with prevention and removal.

The best way to avoid stings from yellow jackets is to prevent them from showing up instead. Keep all food and drink covered whenever possible if you’re eating outside. This goes for pet food as well if they’re fed outside. Make sure the garbage can lids are on tightly and avoid any standing water on the property, as both can attract yellow jackets.

It’s a good idea to stay as far away as possible if you do notice them or a nest. If they are flying nearby, do not swat at them, as they might decide to sting. Walk away quickly and take the proper steps to remove the yellow jackets safely. Do not throw anything at the nests, as the nest likely won’t be knocked down, but the yellow jackets will be angry. If you do have to go outside and there are yellow jackets, avoid wearing yellow and other bright colors or using scented body care products, as these can attract yellow jackets.

Trapping can be a great way to kill off yellow jackets that may appear in your yard. Traps can be purchased online or made carefully at home. It is important to use the right bait for the trap so that it attracts and kills the yellow jackets. Once they are trapped, put the yellow jackets in the freezer or in a bucket of soapy water to kill them. Remember to empty and refill the traps at least once a week, so they continue to help catch yellow jackets.

While trapping does effectively reduce the numbers, yellow jacket nests will need to be removed. This is incredibly dangerous, as the guard will notice and will send out other yellow jackets to attack whoever is attacking their nest. It is crucial to have a professional handle this job, as they have protective clothing and can prevent stings while they’re removing the nest. There are various ways to remove the nest, depending on the type of nest.

Yellow jackets can be dangerous, especially if you or a loved one is allergic to them. Prevention is the best way to avoid stings, but if you have noticed them flying around the yard, there are steps to take to get rid of them. If you have a problem with yellow jackets near your home, contact a professional right away. They’ll remove the nest and trap any other ones flying around, so you and your family will be protected from the stings.