How To Get Rid of Opossums & Tips on Possum Control 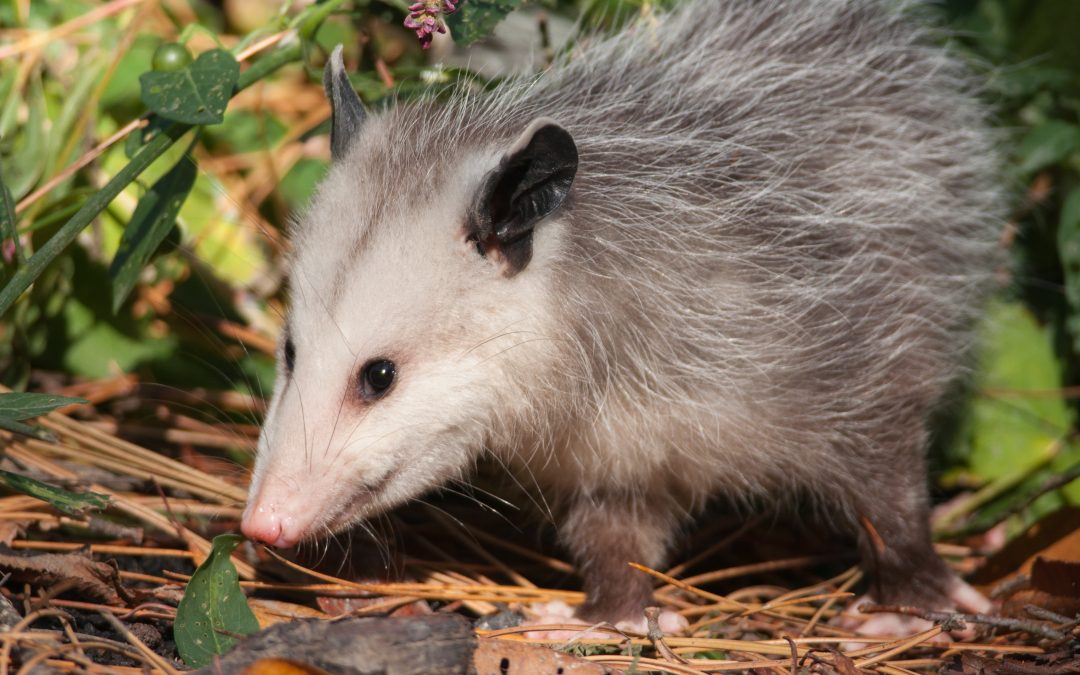 Possums are surprisingly beneficial animals to have around. They clear away garbage, eat pesky insects, and some people think they’re rather cute. However, that doesn’t include everyone, and many believe that these wild animals should stay wild. Having an opossum around the home isn’t a pleasant thought for every homeowner, and in this guide, readers will learn How to get rid of opossums in and around the home.

The first and most important step in possum control is identification. Although it’s known as the Virginia opossum, the animal is found in areas across the country. It’s America’s only marsupial, and it’s found throughout the midwestern and eastern US. It’s not normally found in the mountains, in the desert, or the high northern part of the country. Before deciding how to eliminate the problem, verify that a possum is the cause.

An adult opossum may range from 22 to 33 inches long, including a 10-12 inch tail. The animals weigh between four and 12 pounds, and males are typically bigger than females. Possums have coarse, long gray outer fur with a deep brown or black undercoat. They have five toes on each foot, and on the hind feet, the first toe is opposable and has no claw. Opossums have hairless, black, large ears, small and beady black eyes, and white, furry faces. Snouts are pointed and long, and their noses are pink and rather distinctive.

A homeowner’s primary reason for learning How to keep opossums away may be due to concerns about disease. Many assume that possums carry rabies, but that’s not true. While the animals do carry some diseases, they seem to have a natural immunity to rabies. According to the Wildlife Rescue League, possums do not carry diseases typically found in cats and dogs, such as parvo, distemper, or feline hepatitis. Although any mammal may catch rabies, it’s quite rare in opossums; it’s thought to be due to a body temperature that’s too low to allow the rabies virus to multiply. Opossums do carry some other diseases that may be concerning to homeowners, children, and pets, such as:

Possums may also carry lice, mites, ticks, and fleas. They are hosts for dog and cat fleas, particularly in suburban and city environments.

How Possums Benefit the Ecosystem

It’s crucial to get rid of opossums that cause trouble in and around the home, but not all of the animals are bad. According to information from the Wildlife Rescue League, possums are very adept at insect or rodent control, and because they eat carrion (dead meat), they keep neighborhoods and city streets clean. The League goes on to state that possums are more helpful as scavengers than harmful for the damage they can potentially cause. Neighborhoods with opossums are often much cleaner than those without them.

Getting a Handle on Opossums

Opossum removal is often a very challenging task. The best way to control the local possum population is to prevent the animals from making their homes nearby. The experts recommend the following measures:

When Possums Become a Problem

Possums aren’t scared of traps and can easily be caught with cage- or box-type, live catch traps. These traps should be, at the least, 32x12x10 inches in size, and they’re best placed along known travel routes. Canned tuna or fish-flavored cat food makes a great trap bait, but it may attract neighborhood cats as well. To prevent this, use whole raw eggs, or peanut butter on bread. Other good baits include overripe melons, bananas, and grapes. Live traps are useful, but there’s still the issue of dealing with the possum once it’s been captured. It is illegal to relocate opossums without the proper permits, and those who don’t want to deal with the issue should consider hiring a professional wildlife trapper.

If a possum is presenting a problem in and around the home, a pest management expert may be able to offer assistance. When the new neighbors have long, furry snouts and rat-like tails, it’s time to call in the experts. A local wildlife trapper can help a homeowner develop a specialized possum control plan that keeps the animals away from the home.