What is The Difference Between a Bee and a Wasp? Learn This and More 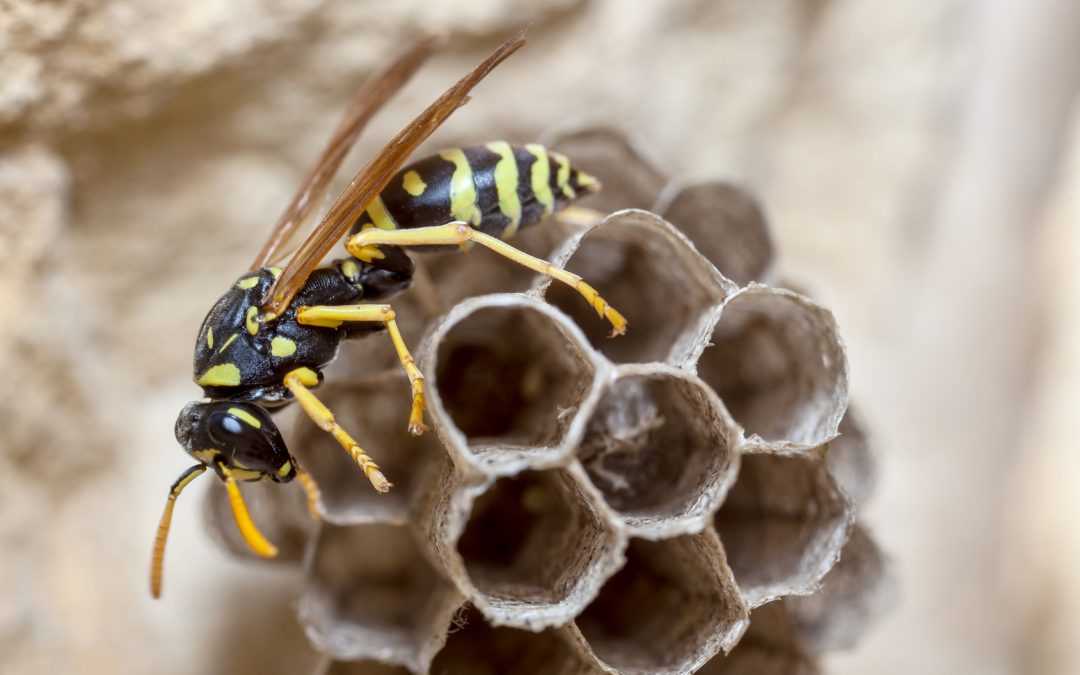 Bees and wasps are both creatures that fly and have painful stings, so it’s easy to get them confused. However, a person might wonder, What is the difference between a bee and a wasp? Knowing the difference can help them determine what’s in their yard and make sure they’re taken care of appropriately.

Difference Between Bees and Wasps

Bees are generally more of a round shape and tend to have hair all over their bodies. Wasps tend to have hourglass shapes and do not have hair. Of course, there are exceptions to these, which can mean it’s difficult for a homeowner to know what they’re finding around their home. Wasps tend to be more aggressive, but both are capable of stinging and the stings can be dangerous, especially if the person is allergic to stings.

Damage From Bees Around Homes

Bees are often seen around homes as they love to gather the nectar from the flowers in the yard. Carpenter bees are one type that is often found near decks and other wooden structures. These bees are named after their ability to bore into a piece of wood to build their nest. This damages the structure and could lead to stings if a person accidentally comes in contact with a carpenter bee while they’re near it.

In addition to carpenter bee damage, other bees can damage a property depending on where they choose to build their hive. They can completely take over an area and destroy it because of the honey they create. If this happens in a structure, such as in the walls of a home, a significant amount of work will need to be done to fix the home after they’re removed.

Harmful Stings From Bees and Wasps

Bees are not known to be very aggressive, but they will sting if they believe a person has come too close to their home or if they believe they’re being attacked. Bees, however, can only sting one time because their singer breaks off when they sting something. Wasps, such as yellowjackets, on the other hand, are generally seen as more aggressive and can sting more than once. An allergic reaction from a bee sting or wasp sting is common nowadays, so those who are allergic should take extra precautions.

Having the Bees or Wasps Removed

For many people, encountering a bee or a wasp is frightening because both can sting, especially if the person is allergic or might be allergic. It’s a good idea for the person to contact a professional to inquire about removing the bees or wasps from the property. Both can be removed easily by a professional and this is often a better idea than using sprays to kill them that could damage other beneficial insects.

It’s also more beneficial to remove bees than to kill them as the number of honey bees is still in decline and this can impact food sources if there are not enough of them. Moving them allows them to be relocated to a place that needs them.

If you’ve noticed bees or wasps around your home, being able to determine what kind they are and whether they might be beneficial is important. However, if there are more than a few or you’re worried about the destruction of your property, make sure you can contact a professional for bee and wasp removal in Lake County IL. They’ll be able to identify the insect and have it safely removed for you.