How to Get Rid of a Dead Animal 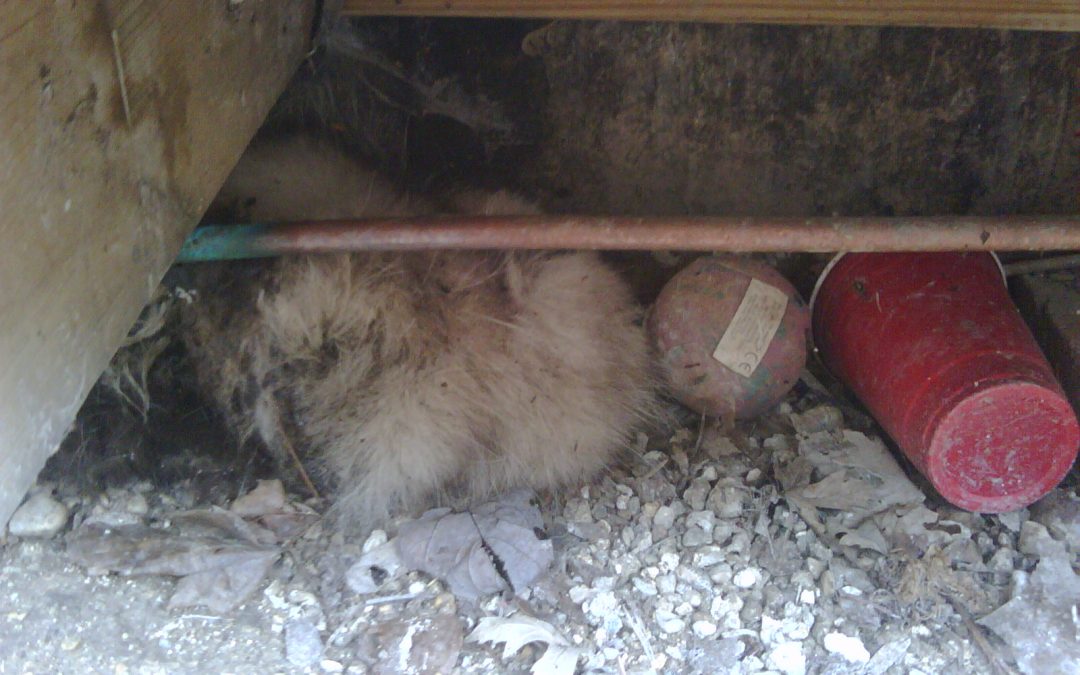 Arguably the only thing worse than live wildlife in a house is dead wildlife in a house. The unfortunate reality, though, is that every animal eventually dies, and if the animal is living in the house at the time chances are it will die in the home’s attic or its walls. Homeowners and their families may not realize what’s going on until they begin to notice the odor but it is essential that they take action immediately once they have, as rotting carcasses don’t just smell terrible; they also pose a risk to inhabitants’ health.

Dead Animal Cause for Health and Safety Concerns

Depending on where they are located within the home, decomposing carcasses can lead to water contamination if they are not dealt with in a timely manner. Should a dead animal’s intestinal fluid be given the chance to leach into a home’s water system it can cause those who drink the tap water to become seriously ill. Plus, the proliferation of flies that tends to come along with rotting carcasses can lead to secondary illnesses and inhabitants often experience sometimes severe nausea and headaches from dealing with the overwhelming odor.

Even if the carcass does not contaminate water and food supplies through direct exposure or secondary contamination, it can still pose a serious risk to families’ safety. Even relatively small dead animals can draw in larger, more dangerous predators, many of which are not above scavenging when they are in the grips of extreme hunger. These predators can pose a safety hazard to any children and pets living in the household.

For many homeowners, simply calling in a wildlife removal expert is the easiest option. However, those wondering How To Get Rid of a Dead Animal themselves can read on to find step-by-step instructions and important health and safety information.

The first step toward solving this unpleasant problem is to narrow down the location of the dead animal. This isn’t always as easy as it sounds, though, as odors are often strongest in areas of the home that have the least air flow, even when they are not the closest areas to the carcass.

Next, check underneath the house if it is elevated, focusing on the area beneath where the odor is most noticeable inside. If this doesn’t yield results, try the home’s attic. Checking the attic often requires a little bit of extra work, as small animals such as rats and squirrels often die inside of the insulation.

Should these preliminary searches fail to yield results, it’s a likely indicator that the carcass is located behind one of the walls. Homeowners can simply place their nose against the wall in the room where the stench is most prevalent and sniff along it to determine where the smell is worst. Removing the dead animal carcass will require cutting a hole in the wall with a drywall saw, so try to be as precise as possible when locating the source of the odor.

Finally, once the carcass has been found, simply put on some rubber gloves, remove the dead animal, and place it in a plastic bag. If the animal was small, such as a rat, mouse, or squirrel, it can be disposed of in the regular trash. Otherwise, the carcass should be either buried or incinerated according to local regulations.

Anyone handling dead animals must take necessary hygiene precautions. At a bare minimum, these should include wearing heavy-duty rubber gloves; however, many people also choose to wear facial masks. In addition to wearing protective gear, be sure to keep an alcohol gel nearby to disinfect the skin after any kind of contact with fluids from the carcass.

Any time that a dead animal is being moved or handled, the person touching it should be sure to shower immediately and wash all of the clothes they were wearing in order to prevent the transmission of parasites. When a wild animal that is carrying parasites dies, these parasites will immediately begin to seek out a new suitable host. Failing to bathe after handling the carcass or failing to wash clothing immediately after taking them off can lead to unpleasant and difficult to deal with parasite infestations.

Once the dead animal has been removed and the area has been sterilized, it’s time for homeowners to give some thought to preventing future wildlife invasions. Thankfully, taking preventative action is usually much easier than finding and removing dead animals after the fact.

The first step is to carefully inspect the exterior of the home for any potential points of entry, including damaged siding and small holes and cracks. Rats, squirrels, and other rodents can fit through even astoundingly small holes, so it’s important not to overlook any potential opening.

Focus on areas where pipes and cables enter the home and check all of the building’s foundation vent screens and to examine the surrounding areas for signs of animal activity. It can be helpful to install vent covers as well as screens in order to further discourage nuisance wildlife.

Homeowners should also examine their roofs, gutters, and fascia on a yearly basis, paying special attention to the roof line. Any signs of water damage and rotted wood should be addressed immediately, as wild animals often create or enlarge holes in rotted wood as easy points of entrance to attics and crawl spaces.

Homeowners whose properties feature fireplaces with chimneys, whether they are operational or not, may want to look into having animal-proof chimney caps installed in order to prevent squirrels, birds, bats, raccoons, and other wildlife from crawling down them. Keep in mind that screen material cannot be used to replace professional-grade chimney caps, as it tends to clog with soot and debris, constituting a potentially serious fire hazard.

Any property whose landscape features trees growing near the home will be more susceptible to invasion by tree squirrels, roof rats, and similar rodents. These pests often use overhanging branches as bridges to homes’ roofs, allowing them to begin chewing through roofs in order to take up residence in these buildings’ attics. They can jump quite far, so it’s best to ensure that overhanging tree branches are kept at least ten feet away from the roof.

These are some of the important considerations if you think you might have a dead animal in or near your home.  If you are not sure about how to handle the carcass location and removal process we recommend that you contact a professional dead animal removal service immediately.